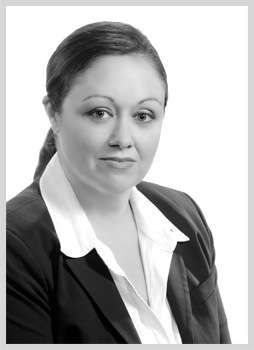 Julia Kefalinos’ criminal defense and bankruptcy firm was established in 2006 after 16 years of service to the community as a Miami-Dade County Assistant Public Defender. From 1991-2006 Julia defended thousands of indigent people accused of crimes and unable to hire private lawyers or defend themselves. She vigorously prepared all aspects of their cases from investigation to depositions to trials. She has handled huge caseloads including felonies, traffic cases, juvenile delinquencies and domestic violence matters.

Julia particularly enjoyed training new attorneys and she eventually became a lead attorney in a specialized division for 5 years. Of her experience there she states:

I feel privileged to have worked for such a prestigious office. It is an office which dedicates all its resources to protecting the constitutional rights of indigent citizens and I believe very strongly in this cause. My work there helped me learn how to connect with people in every aspect of the court system, including judges, prosecutors, victims, witnesses, court personnel, those accused of crimes and their families. This experience strengthened my confidence and removed any shred of fear or confronting difficult situations, especially in the courtroom.

As a law student at American University Washington College of Law, she focused on Constitutional Law, Interned for the Reporters Committee for Freedom of the Press, Represented Veterans before the Board of Veterans Appeals in their quests for benefits, represented Government Employees fighting unfair demotions and terminations and Interned with the Copyright Royalty Tribunal where her job was to rewrite legislation into plain English.

It is clear from all of these choices that her goal is to defend those who need her help to defend themselves.

In 2006, it became obvious to Julia that there was a strong need in the community for a bankruptcy attorney who would not victimize those who have already been gouged by greedy lenders, brokers and others. Bankruptcy, Loan Modification, Foreclosure Defense and Mortgage Fraud Defense were a natural addition to her practice.

Over time, I grew to understand that I would be perfect for this profession because of my strong personality and leadership skills. I love to argue, negotiate, write and especially defend those who need my help to defend themselves. This last part comes from my father. He was an immigrant from Greece, an earthquake refugee, an underdog; like those I like to fight for most…

Whether you need help with personal or business bankruptcy or a criminal law case, call Julia Kefalinos today at (305) 856-2713.