No One Is Immune To Domestic Violence 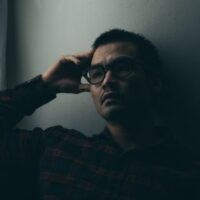 If you or someone you know has experienced domestic violence and are burdened with guilt and shame for your part in it, it’s time to push those feelings aside and recognize that domestic violence can happen to anyone.  It’s not exclusive to particular races, genders, sexual identities, religions, or income levels.  In fact, many people are surprised to learn that some very famous people have survived domestic violence.

The highly publicized court case involving Johnny Depp and his ex-wife Amber Heard has highlighted the dramatic ways that relationships can disintegrate into violence.  Other celebrities who had a brush with domestic violence include:

The list of celebrities who have witnessed and/or experienced domestic violence is endless.  Many now promote empowerment by supporting a variety of agencies that help survivors of such violence.

When it’s Someone You Know

How can you help someone in the throes of a relationship defined by domestic violence?  For starters, don’t spend your time judging the abused individual.  While you may truly believe the person needs to get out of the relationship, you’re better off helping the person create a safety plan.  You may also really believe the abuser is scum of the earth, but telling the victim as much will not help, and may, in fact, backfire as the abused defends the abuser.  Listen, pay attention, and document what you see, as it may be helpful in court down the road.  And be ready: the time may come when you will be called upon to help.

If you or someone you know is experiencing domestic violence, you should know that there is another way to live.  At the Law Office of Julia Kefalinos, we can help with the legal aspects of this issue and guide you to resources you may need.  Contact our Miami domestic violence lawyers for a confidential consultation today.