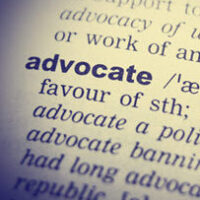 A domestic violence charge can wreak havoc with your life, especially if you are currently on probation for a prior criminal conviction. Judges can–and will–revoke probation if there is evidence to support a domestic violence allegation. And unlike a normal criminal trial where the government must prove guilt “beyond a reasonable doubt,” in a hearing to revoke probation the prosecution need only show the defendant violated a condition of release by a “preponderance of the evidence.”

In fact, the prosecution need not even produce a complaining witness to sustain a domestic violence charge. Consider this recent opinion by the U.S. 11th Circuit Court of Appeals, United States v. Cordova, which involved the decision to revoke the parole of a South Florida man accused of assaulting his then-girlfriend. The defendant was on probation for an unspecified federal criminal conviction. As is typical in such cases, one of the conditions of the defendant’s supervised release was that he “refrain from violating the law.”

However, a week later the girlfriend decided to recant her story. Three weeks after that, the defendant and his girlfriend ran into the store owner at a local bank. According to the store owner, the defendant told her, “You’re lucky enough if I don’t burn your store yet.” A bank surveillance camera recorded video, but not audio, of this encounter.

Federal prosecutors moved to revoke the defendant’s probation, citing three charges of domestic battery under Florida law and one count of “retaliating against a witness.” The girlfriend did not testify, but the judge reviewed other evidence, including the store owner’s testimony. The defense objected on the grounds that the witness’s statements regarding what the girlfriend allegedly told her constituted inadmissible hearsay. But the judge held the witness testimony was “corroborated by police evidence,” and found the defendant committed all of the alleged probation violations. The judge accordingly revoked the defendant’s probation and sentenced him to 21 months in jail.

On appeal, the 11th Circuit held that even if the judge improperly allowed the hearsay testimony, the error was “harmless” because the trial judge “did not explicitly rely upon the hearsay” to revoke the defendant’s probation. Rather, the court relied primarily on the credibility of the store owner’s own testimony, which was backed by the police recording of the girlfriend’s interview. More importantly, the 11th circuit noted the judge also found the defendant guilty of “retaliating against a witness” by threatening her at the bank, a finding that was not disputed on appeal.

The absolute worst thing you can do when accused of domestic violence is to threaten the accuser or any of the purported witnesses. Your best course of action is to contact an experienced Miami domestic violence defense attorney who can handle your case in a thorough and professional manner. Contact the Law Office of Julia Kefalinos today at 305.676.9545 if you require immediate assistance.