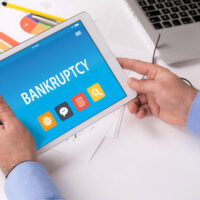 In a Chapter 7 bankruptcy case, it is critical to disclose all of your assets to the court. This includes any potential legal claims you may have against other parties. For example, if you were in a car accident and sued the other driver for negligence prior to your bankruptcy filing, your personal injury claim is considered an asset of the bankruptcy estate.

If you neglect to mention a pending lawsuit in your Chapter 7 filing, you may jeopardize not only your bankruptcy case but also your civil claim. This is due to a legal rule known as “equitable estoppel.” Basically, you cannot argue inconsistent legal positions before the courts–i.e., you may not pursue a personal injury case in one court while telling a bankruptcy judge that no such claim exists. Historically, bankruptcy courts in Florida were effectively required to hold in such cases that the debtor was “making a mockery of the judicial system and apply equitable estoppel.

But the U.S. 11th Circuit Court of Appeals–which has appellate jurisdiction over bankruptcy cases from Florida, Georgia, and Alabama–recently relaxed this rule somewhat. More precisely, the Court said judges should not automatically assume a that debtor intended to mislead the bankruptcy court when inadvertently omitting a civil claim from their list of assets. Instead, the court must consider “the individual plaintiff and the circumstances surrounding the nondisclosure.”

The case that prompted the 11th Circuit to reconsider its position went as follows: The debtor, a woman from Alabama, sued her former employer for illegal sex discrimination under federal civil rights law. While that claim was pending, the debtor filed for Chapter 7 bankruptcy. She neglected to list the discrimination lawsuit, because she misunderstood the language used on the bankruptcy forms and thought she only needed to disclose lawsuits where she was the defendant, rather than the plaintiff.

The employer then cited this inadvertent non-disclosure as grounds to move for dismissal of the discrimination case on equitable estoppel grounds. Although the debtor promptly amended her bankruptcy petition once she realized the mistake, the trial judge granted the employer’s motion to dismiss. This also had a negative impact on the bankruptcy case. Following the amended disclosure, the debtor had to convert her case from Chapter 7 to Chapter 13, but she could not meet the terms of her repayment plan and the bankruptcy court declined to discharge her debts.

The 11th Circuit did not address the bankruptcy case. But with respect to the discrimination lawsuit, the appeals court said it was hasty to assume, as required by previous rulings, that the debtor intentionally misled the bankruptcy court. Indeed, bankruptcy rules “liberally permit debtors to amend their disclosures when an omission is discovered.” It would therefore be “inconsistent” to “infer that a debtor who failed to disclose a lawsuit necessarily meant to manipulate the bankruptcy proceedings.”

Furthermore, the 11th Circuit observed that allowing defendants in civil lawsuits to “receive an unjustified windfall” by escaping liability due to a debtor’s unintended omission would actually harm the debtor’s creditors, since there would be less money available for the bankruptcy estate.

The 11th Circuit’s ruling should not be taken to mean that a debtor can avoid equitable estoppel by merely pleading ignorance over the requirements of the bankruptcy process. As the Court said in a footnote to its decision, a judge “may determine that a plaintiff’s testimony that he misunderstood the disclosure obligations is not credible.” And the best way to avoid any potential “misunderstanding” is to work with a qualified Miami Chapter 7 bankruptcy attorney who can help ensure you fully comply with all disclosure requirements. Contact the Law Offices of Julia Kefalinos at 305-676-9545 if you need help today.