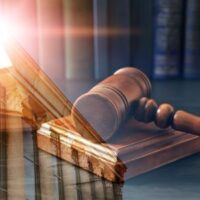 If you’ve been charged with leaving the scene of an accident, your life could be turned upside down by the penalties.  That’s why it is imperative that you have a dedicated and fierce criminal defense attorney working on your behalf immediately.

According to Florida Highway Safety and Motor Vehicles, nearly 1,200 reported hit and run incidents were reported in 2021, resulting in 304 deaths. These incidents frequently involve pedestrians (169) or bicyclists (45) which account for seven in ten of the fatalities. The trauma of these types of accidents spreads far and wide—from the person who’s hit and their family, to the driver of the vehicle and theirs.

Why Drivers Leave the Scene

There are myriad reasons drivers leave the scene of a traffic accident—none of which provide much consolation to the victims.  To be sure, drivers come from every walk of life.  While the public may imagine every hit and run driver is a drunk or a criminal, the fact of the matter is that soccer moms, students, the elderly, the wealthy, and the working class are all represented in hit and run statistics. So why do even respectable members of the community leave the scene?

Hit and run drivers may be struggling with remorse, but the legal penalties headed their way could make their lives much, much worse:

Clearly, leaving the scene of an accident is a huge mistake. At the Law Office of Julia Kefalinos, our Miami criminal defense attorneys are prepared to mount a strong defense on your behalf.  Schedule a confidential consultation in our office today.