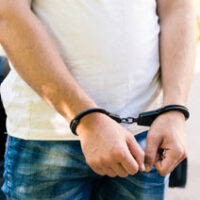 A domestic violence arrest can have serious ramifications if you are already serving probation for a prior criminal offense. Indeed, if convicted, a domestic violence charge can provide sufficient grounds for a judge to revoke your parole and send you to jail. And Florida prosecutors are always quick to jump on any chance to put someone away.

Of course, sometimes those prosecutors jump too quickly and do not stop to consider the legality or propriety of their actions. A recent decision by the Florida First District Court of Appeal, State v. Williams, offers a cautionary example. This case involves an effort to revoke a defendant’s parole nearly 25 years after-the-fact based on a perceived legal technicality.

Here is what happened. In 1987, prosecutors charged the defendant with illegal cocaine possession. The defendant entered a no-contest plea. A trial judge then placed the defendant on probation for three years.

As is common with probation cases, the defendant was also required to pay certain court costs. He apparently failed to do so. A few days before the defendant’s parole was supposed to end in 1991, prosecutors asked a judge to issue an arrest warrant due to the defendant’s alleged non-payment of costs. The judge issued the warrant, but it was never executed.

However, in 2015, the same defendant was arrested on domestic violence charges in Georgia. Florida officials then tried to use this arrest to justify revoking the defendant’s original 1987 probation. Prosecutors maintained the term of the defendant’s probation was “tolled” during the 24 years the warrant for his alleged failure to pay court costs remained outstanding.

This argument did not fly with the court. A judge granted the defendant’s motion to dismiss the state’s efforts to revoke his probation. Undaunted, the state appealed, but the First District proved more sympathetic than the trial court.

As the First District explained, a defendant’s probation can only be extended or “tolled” in very specific circumstances, such as when there is an outstanding warrant for another crime pending. It is not tolled for “technical violations,” such as failure to pay court costs. After all, the failure to pay such costs is not, in and of itself, a criminal offense. It is merely part of the defendant’s sentence for the underlying criminal act.

In an attempt to get around this principle, the prosecution argued before the First District that this interpretation of the law did not apply at the time the defendant violated his probation. Unfortunately for the state, the prosecution did not raise this argument before the trial court. A higher court typically does not consider new arguments for the first time on appeal, and the First District similarly declined to do so here.

As you can see, a domestic violence arrest can lead to prosecutors digging up a decades-old criminal record. This is why it is critical to work with an experienced Miami criminal defense lawyer when you are accused of any act of domestic violence. Contact the Law Office of Julia Kefalinos at 305.676.9545 today if you need immediate assistance.