Should You Accept A Plea Bargain? 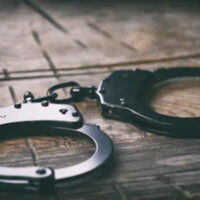 If you are facing time behind bars, you may be terrified of what the future holds.  So when a prosecutor offers a plea bargain, it may be tempting to jump at the opportunity to accept reduced charges in exchange for a guilty plea.  In many circumstances, that is very likely the best scenario.  But make no mistake: accepting a plea is a serious decision, and you should only contemplate such a deal after consultation with an experienced local criminal defense attorney.

When you agree to a plea deal, you are giving up some important rights as per the Florida Rules of Criminal Procedure Rule 3.171.  Not only do you forfeit your right to a trial and to appeal your sentence, you commit to pleading guilty to certain lesser charges, and must serve whatever sentence has been specified in the agreement.

Benefits of the Plea Bargain

The biggest reason defendants tend to accept plea agreements is that it takes away the uncertainty of a trial’s outcome.  Going through a trial can be lengthy, costly, and ultimately, a losing operation.  If the crime is a serious one, the sentence could mean a lifetime behind bars, excessive fines, or both.  Avoiding a trial can be particularly appealing in situations where the accused is facing the ramifications of a third felony conviction—where Florida’s so-called “three strikes law” comes with mandatory minimums and/or enhanced penalties as per 775.084.  If the plea agreement drops the charges to misdemeanors and eliminates the possibility of additional felony charges, the savings in terms of prison time could be significant.

The Downside of a Plea Bargain

On the other hand, a plea guarantees a penalty, even if that penalty is smaller than what a guilty verdict might render.  What are the chances of being found not guilty at trial?  Are you willing to accept the certainty of a lesser sentence, and give up your chance to be exonerated?

Can you Change your Mind After Signing a Plea Deal?

When you enter a plea agreement, you are essentially pleading guilty (or no contest) to lesser charges.  If you change your mind and decide you want to void the plea agreement and fight the original charges, you’re going to have to convince a judge of extreme duress:  perhaps that you entered the original deal because you were coerced, fooled, confused, or afraid. Maybe you believe your attorney was not giving you good advice?  Making the change in your plea is possible—but having an aggressive and knowledgeable criminal defense attorney by your side at this point is a must.

When facing criminal charges, your life is in the balance.  While nothing is certain moving forward, one thing is for sure:  you can only have confidence in a criminal defense attorney who is experienced, highly competent, and dedicated. When you entrust your case with the Miami criminal attorneys at the Law Office of Julia Kefalinos, you can believe that the counsel provided is focused on best the possible outcomes for you. Schedule a confidential consultation today.