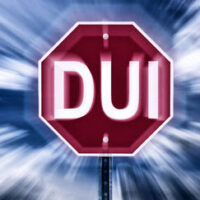 Any drunk driving arrest is a serious matter in Florida. But when a DUI results in serious injury or death to another person, the consequences are especially severe. Florida classifies DUI manslaughter as a second-degree felony, and in some cases it can be elevated to a first-degree felony, which is punishable by up to 30 years in prison.

Here is what this means in practice. Recently, a state appeals court affirmed the DUI manslaughter conviction–and 16 year prison sentence–of a Palm Beach man. The defendant in this case ran through a stop sign at 63 miles per hour (in a 35 miles-per-hour zone) without stopping and sideswiped the victim’s car. According to evidence presented at the defendant’s trial, the impact “pushed the victim’s [vehicle] through the intersection and into a nearby canal, where it came to rest upside down,” drowning the victim. The defendant fled the scene on foot without immediately contacting the police or otherwise offering assistance to the victim. About an hour later, the defendant called the police from a nearby residence.

On appeal, the defendant renewed his argument that the state should have been required to prove he had actual knowledge. The Florida Fourth District Court of Appeal disagreed. It reiterated that the correct instruction was that knowledge–of any kind–was not required to establish a “failure to render aid” enhancement for purposes of a DUI manslaughter charge. Indeed, the Court observed, such a knowledge requirement would “defeat the purpose” of the law, as it would allow “a driver who callously leaves the scene of a serious accident [to] avoid a [first]-degree felony conviction by disavowing knowledge of death.”

Do Not Run! Call a Miami DUI Lawyer Instead

Leaving the scene after an accident is never a good idea. Even if you are afraid that you might be charged with a DUI, you cannot help your case by fleeing. Remember, you do not have to speak to the police or give a statement. But you should still call 911 and seek emergency assistance. And then you should speak with a qualified Miami DUI defense attorney about your potential legal liability. Contact the Law Offices of Julia Kefalinos at 305-676-9545 if you need to speak with a lawyer right away.