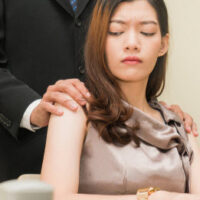 The #MeToo movement, which gained prominence following a series of media reports last year about sexual harassment and misconduct in several high-profile workplaces, notably the entertainment industry, has created a clamor for new criminal laws to protect women and other victims from future abuses. Recently, Florida senators considered a proposal to criminalize sexual harassment in government offices. Although that bill was withdrawn from consideration in early March, this is unlikely to be the last time state legislators consider increasing penalties for workplace sexual harassment.

But what exactly do we mean by “sexual harassment”? It is not a term that appears anywhere in criminal law. Rather, it is a core principle of employment discrimination law. Title VII of the Civil Rights Act of 1964 (and the Florida Civil Rights Act) prohibits employers from discriminating against employees on the basis of “sex.” The U.S. Equal Employment Opportunity Commission (EEOC), which enforces Title VII at the federal level, has long held that unlawful sex discrimination includes “sexual harassment or unwelcome sexual advances, requests for sexual favors, and other verbal or physical harassment of a sexual nature.” While an occasional sexist remark or comment in the workplace may not qualify as harassment, the employer may still be liable if there is conduct “so frequent or severe that it creates a hostile or offensive work environment.”

In practical terms, sexual harassment exposes employers to potential civil liability–i.e., monetary judgments–if the EEOC or an employee files a complaint and prevails in court. But generally speaking, sexual harassment in and of itself will not send anyone to jail. However, there may be specific acts related to–or arising from–sexual harassment that may independently constitute a crime under Florida law.

There’s the obvious example of “sexual battery,” which is how Florida law refers to acts of sexual assault. Rape is rape even when it occurs in the workplace. But there is also the crime of “battery,” which refers to the act of “intentionally” touching another person against their will. This could cover a wide range of sexual harassment acts, such as touching a female coworker on the buttocks or chest without consent. Simple battery is only classified as a misdemeanor, but if the offender has a prior battery-related conviction, they can be charged with a felony for a second or subsequent offense.

But what about sexual harassment that does not involve any physical contact? If verbal harassment is pervasive enough, it could be considered “stalking” under Florida law. Florida Statutes Section 784.048 makes it a misdemeanor to “willfully, maliciously, and repeatedly” follow, harass, or cyberstalk another person. And if the stalking involves making a “credible threat” against the victim, prosecutors can charge the defendant with a felony.

Protecting Yourself Against Criminal Acts

If you have been impacted by sexual harassment at work, you should not hesitate to seek qualified legal advice. And if you believe the harassment has crossed the line to criminal battery or stalking, you should speak with a Miami state crimes attorney who can assist you in obtaining a protective order or filing a criminal complaint. Contact the Law Offices of Julia Kefalinos at (305) 676-9545 today if you need immediate assistance.