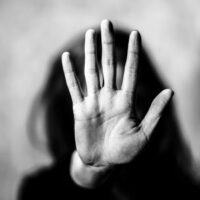 How could anyone do this to me? Victims of abuse struggle to understand how someone who supposedly loves them can justify the abuse they dole out.  It’s a simple question, but with a complicated answer.

To be clear, the types of abuse—physical, mental, emotional, sexual, financial, verbal and spiritual—may exist in isolation, although they more often tend to overlap one another.  There is no justification for any of these abuses.  That’s not to say that there aren’t real causes and explanations for it.

What’s Behind the Abuse?

Every situation and every individual is different.  That being said, the central reasons to explain abuse can be boiled down to some basic themes, which, it cannot be overstated, do not excuse the behavior:

If you have suffered abuse at the hands of a lover or spouse, there is absolutely no justification for it.  Yes, people have their reasons.  That doesn’t make it okay.  At the Law Office of Julia Kefalinos, our dedicated Miami domestic violence attorneys are prepared to help you through legal means to escape the abuse.  To discuss the possibilities, contact our office today.