Before, During, And After Incarceration 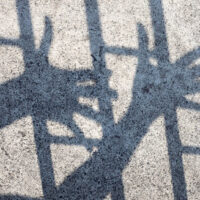 The challenges facing incarcerated populations are enormous.  This is a serious problem, considering that a huge percentage of the Americans have been arrested at least once by the age of 23.  Particularly concerning is the fact that roughly 80 percent of arrests are for non-violent crimes, ranging from property crimes to drug offenses.  Further exacerbating the issue is the disproportionate number of arrests involving people of color. If you are facing possible incarceration, the many collateral consequences of a conviction can impact your future in unexpected ways.  Having a criminal defense attorney working on your behalf can be an immense benefit.

What We Know About Incarcerated Populations

People who are behind bars often come to incarcerated life with an array of issues plaguing them long before their arrests:

Prison life is nothing short of a nightmare for many—that’s the conclusion of the ACLU.  The difficulties cover a range of issues:

Once the sentence officially ends, the consequences don’t go away.  Ex-convicts continue to pay a price in many areas of life, as they face barriers across the board. While some rights in some states may be regained, others hover indefinitely.

Every client who works with a knowledgeable Miami criminal attorney from the Law Office of Julia Kefalinos is a priority and will receive skilled legal representation.  You matter.  Your future matters.  Contact our office for a confidential consultation about your circumstances today.