Can a Judge Force You to Wear Restraints During Your Criminal Trial? 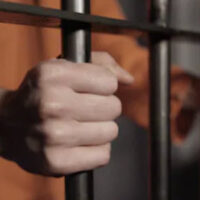 When facing criminal charges, you have a constitutional right to be present at your own trial. This right generally includes freedom from physical restraint during any trial proceedings before the jury. In other words, you cannot be handcuffed or shackled in the jury’s presence. The reason for this is obvious: Such an appearance would inevitably sway some jurors into thinking the defendant must be guilty.

That said, there are limited circumstances when a judge may order a defendant restrained during trial. Such actions should only be taken, however, to protect the physical well-being of other persons in the courtroom or otherwise prevent an unruly defendant from disrupting the proceedings. And if a judge decides restraints are necessary, they must provide written reasons justifying that decision.

Recently, a Florida appeals court ordered a new trial for a defendant who was effectively barred from attending his original trial because he would not agree to wear a “stun belt” in the jury’s presence.

The defendant in this case, Shaw v. State, suffers from schizophrenia and antisocial disorder. The trial judge decided the defendant needed to wear a stun belt–a device capable of producing an electric shock–during the trial. The defendant objected, explaining that forcing him to wear such a device would likely “trigger” his disorders and cause him to act out during the trial. As an alternative to the stun belt, the defendant suggested the judge “post a deputy near him” to ensure he did not disrupt the proceedings.

The judge rejected that suggestion. Instead, the judge said the defendant had two options: Either wear the stun belt or “sit outside the courtroom.” Under the latter option, the defendant would have to listen to the trial proceedings via an earpiece and confer with counsel “between witnesses.” The defendant acquiesced and chose the latter option. However, he returned to the courtroom towards the end of the prosecution’s case. According to the Court of Appeal, there was “no discussion” on the official record of why the defendant was allowed back in the courtroom, or whether or not he was now wearing a stun belt.

The jury ultimately found the defendant guilty of criminal battery. The Florida Second District Court of Appeal held the conviction was “tainted,” however, by the trial judge’s actions. Specifically, the judge’s failure to articulate any reason for requiring the defendant to wear a stun belt in the first place. Neither the judge nor the prosecution offered an explanation as to how the defendant posed a unique security risk that would warrant such an extraordinary measure.

More to the point, the defendant was effectively deprived of his constitutional right to be present for all trial proceedings. As a result, he was entitled to a new trial. The Second District further warned the trial judge that if he still believed the defendant needed to be restrained, he must “make express and specific findings explaining that decision.”

Every Florida resident accused of a crime has the right to a fair trial. An experienced Miami criminal defense attorney can assist you in asserting and protecting those rights. Contact the Law Office of Julia Kefalinos today at 305-676-9545 to schedule a consultation.