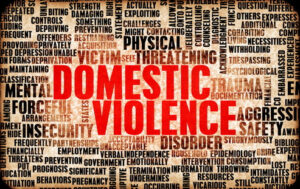 A domestic violence injunction is supposed to protect someone from the threat of imminent harm. It is not a weapon to be wielded because there was a disagreement or someone made a rash statement. A person may be falsely accused of domestic violence based solely on the accuser’s subjective belief that he or she was scared. But Florida law requires more than subjective fear. The fear must be “objectively reasonable” as well.

Text Messages Not Proof of Imminent Threat to Ex-Wife

Unfortunately, there are many Florida judges who are quick to overlook the law and issue domestic violence injunctions without requiring adequate proof. A recent case from Broward County offers a helpful illustration. In this case, a state appeals court had to vacate a lower court’s injunction.

The case itself involves a divorced couple who was still living together. (For the sake of convenience, the article will refer to them as “husband” and “wife.”) One day in early 2015, the husband and wife exchanged a lengthy series of text messages. The husband made numerous pleas to reconcile with the wife. The husband also expressed feelings of depression and hopelessness. At one point he texted her, “You have a big surprise coming your way.”

The wife subsequently filed a petition accusing the husband of threatening to commit acts of domestic violence. The wife produced copies of the text messages as evidence. Based on the messages—and the wife’s testimony that her husband’s “behavior” was “scaring her”—a judge granted a domestic violence injunction. The husband was ordered to have no further contact with his wife. He was also ordered to surrender any firearms in his possession.

The husband appealed the judge’s order. On August 24, the Florida Fourth District Court of Appeal reversed the injunction. The Fourth District explained that Florida law only permitted a domestic violence injunction when the accuser “has reasonable cause to believe he or she is in imminent danger of becoming the victim of any act of domestic violence.” But there was no evidence that was the case here.

While the husband’s test messages may have been “harassing,” the Fourth District said, that alone did not rise to the level of a threat. Nor does “mental instability, a bad temper, depressive and suicidal statements, angry messages, vague actions, and general conditional future threats” justify a domestic violence injunction, according to the court. The law requires proof of an “objectively reasonable” threat of imminent harm, not merely “uncivil behavior” towards a former partner.

The Fourth District characterized the husband’s text messages as expressing “some desperation and disappointment” but not threatening. Indeed, even the husband’s “big surprise” message contained “no explanation” and “in context it could be read as [the husband] threatening to harm himself.”

Have You Been Falsely Accused of Domestic Violence?

A domestic violence accusation must always be taken seriously. The accused stands to lose important civil liberties, often based on nothing more than charges made by an angry ex-spouse or former partner. If you need assistance from an experienced Miami domestic violence defense attorney, contact the Law Office of Julia Kefalinos, P.A., right away.