Defense Of Criminal Mischief In Florida 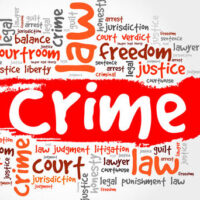 Criminal mischief: it sounds like nothing too serious—maybe a little mischievous disruption—nothing more than a bit of silliness.  But the fact of the matter is, a number of activities could land you with a charge of criminal mischief, and the charge is anything but a joke.

The prosecution must address two key elements in order to obtain a conviction for criminal mischief:

Someone else’s property was altered, defaced, damaged or destroyed by the defendant; and

Florida law (Statute 806.13) is not lax when it comes to criminal mischief. The penalties increase based on the amount of damage:

To be sure, the penalties are significant. At the Law Office of Julia Kefalinos, we work to minimize the time or, even better, keep our clients out from behind bars.  There are a number of possible defenses, some of which include:

These kinds of charges obviously have serious consequences.  Regardless of the circumstances, an experienced and committed Miami misdemeanors & felonies attorney can make a huge difference in the outcome of your case.  To discuss the possibilities, schedule a confidential consultation at the Law Office of Julia Kefalinos today.