Is It Domestic Violence If My Brother Steals My Cat? 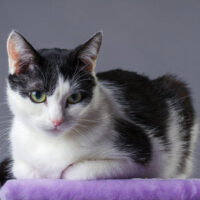 A domestic violence injunction is a specific kind of legal tool. It is designed by the Florida legislature to protect individuals who have already been the victims of violence, or who have “reasonable cause” to believe they are in “imminent danger” of such violence. It is not, however, something to be deployed against a person whose conduct may be simply upsetting, annoying, or even criminal in a non-violent sense. Put another way, it is improper for a Florida court to issue a domestic violence injunction unless there is evidence that it is necessary to protect the petitioner from harm, as opposed to dealing with someone who is a nuisance.

Here is an example of what we’re talking about. In a recent case, Tate v. Tate, the Florida Second District Court of Appeal reversed a trial judge’s decision to issue a domestic violence injunction. This particular dispute was between two adult siblings, a brother and a sister. Apparently, while the brother was living with the sister, they rescued some cats. After the brother moved out, he decided the cats belonged to him, so he entered his sister’s home without permission–she was not present at the time–and took the animals.

The sister asked for a domestic violence protection order. As noted above, the trial judge granted the order, finding the sister had demonstrated “an objectively reasonable fear of becoming the victim of domestic violence” given her brother “broke into her unoccupied home and stole her cats.”

The Second District viewed the facts differently. It pointed to the sister’s own testimony, which did not include any statements to the effect that her brother every threatened or committed violence against her. Nor did the brother “use any force” in entering her house. And there was not even any evidence of danger to the cats–the brother simply “took the cats and refused to give them back.”

All of this did not add up to domestic violence, the Second District said. The sister was understandably upset by her brother’s actions. But the law requires proof of an “objective” fear. The sister attempted to bolster her case by pointing to isolated incidents of “violent outbursts” in her brother’s past, such as “egging old roommates’ cars and putting nails under their tires.” However, the appeals court said those were not “actual threats or threats of violence” against actual persons. And in any event, they did not explain why the sister would be living in fear of domestic violence against herself.

Asking a court to issue a domestic violence injunction is a serious matter. It is not a mechanism to deal with sibling rivalry or even routine disputes over property (or pet) ownership. If someone is improperly seeking a domestic violence order against you, it is important to stand up and defend yourself in court. A Miami domestic violence defense attorney can help. Contact the Law Office of Julia Kefalinos today at 305.676.9545 if you need to speak with a lawyer right away.