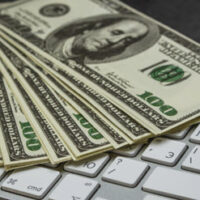 Bankruptcy is a complicated process. Many Florida residents think they can manage a Chapter 13 bankruptcy on their own. But there are a number of rules and forms involved, and if a debtor is not careful, they can sabotage their case right out of the gate.

The Supreme Court of the United States is responsible for adopting (and periodically revising) the rules governing bankruptcy cases. On December 1, 2017, a large packages of rules changes previously approved by the Court took effect. Here is a brief rundown of some of these changes and how they will specifically impact Chapter 13 filings:

First, the new rules anticipate the creation of a nationwide “official form” for Chapter 13 repayment plans. The plan is the core of the bankruptcy case, as it spells out how the debtor will repay his or her creditors over a period of 3 to 5 years. Under the new rules, a debtor will be required to use the national form unless the local bankruptcy court adopts its own forms.

Second, a creditor holding a secured claim–such as a lender with a mortgage on real property–must file a proof of claim in order to be included in the debtor’s Chapter 13 reorganization. While failing to file a claim does not void the debt, it will mean the creditor will not get paid under the final Chapter 13 plan.

Third, the time for creditors to file a claim against a debtor has been reduced in both Chapter 13 and voluntary Chapter 7 cases. Previously, a creditor had to present a claim within 90 days of an initial meeting of the creditors. Now, all claims must be presented within 70 days of the initial bankruptcy filing. If a bankruptcy is converted from a Chapter 7 liquidation to a Chapter 13 reorganization, the 70 day clock starts to run from the “date of the order of conversion.”

Fourth, a debtor may now seek the removal of a creditor’s judicial lien or a revaluation of property securing a claim as part of the Chapter 13 plan itself. Previously, a debtor had to file a separate motion with the bankruptcy court to obtain these types of relief.

Finally, at the close of a Chapter 13 case–or whenever a lien has been released–the debtor may ask the court for an order declaring that the secured claim has been “satisfied.” This will be useful to debtors who own a home with one or more mortgages, as they may require documentation of satisfaction in order to clear title to their property.

These are just some of the recent changes to how bankruptcy works in Florida and around the country. If you are contemplating filing for Chapter 13 it is critical to seek out advice from a qualified Miami bankruptcy lawyer who is up-to-date on the latest rules and procedures. Contact the Law Office of Julia Kefalinos at (305) 676-9545 to schedule a consultation with an experienced Chapter 13 attorney today.