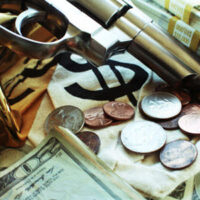 There’s no room to be naïve if you are facing charges of robbery or armed robbery in the Sunshine State.  You could be facing a felony conviction, which translates to significant time behind bars in the event you are found guilty.  Rather than leave the outcome to chance, your best bet going forward is to get a criminal defense lawyer working for you right away.

Robbery occurs when someone uses force or fear to take property or money from someone else with the intent of temporarily or permanently depriving the rightful owner of said items (Statute 812.13).  If no weapon was used, it is a 2nd degree felony. When a gun or other weapon is carried—whether or not it is actually used during the commission of the crime– it becomes a felony in the 1st degree.

Without question, any robbery is a serious offense, with correspondingly serious penalties. In addition to the crime itself, the accused’s criminal history, particularly if there is a violent criminal history, will impact sentencing. Mandatory minimum sentences  put the potential for freedom pretty far down the road.

A second degree felony charge means you face a mandatory minimum sentence of three years, and could land in prison for up to 15 years (Statute 921.1402).  That’s if no weapon was involved in the robbery. A first degree felony ups the ante significantly to as much as 30 years behind bars.

When a firearm is involved, things get much more serious, and provisions in Florida’s 10-20-Life law come into play.  If a gun or other destructive device (like a bomb) is involved in the commission of the crime, a 10-year minimum sentence is applied to sentencing, in addition to the base sentence.  In the event the chosen weapon was a machine gun or assault weapon, the minimum sentence could be 15, 20 or 25 years more, depending on the circumstances of the case.  In extreme cases, a life sentence could be mandated.  To be clear, even an unsuccessful robbery could lead to these outcomes. That means that a bungled robbery is every bit as serious as one in which the perpetrator gets away with the goods.

Penalties When a Fake Gun is Used

While previously there was some question as to how to deal with robberies involving toy guns and other facsimiles that appear real, recent clarifications have come out of the Supreme Court.  The Court found that an unloaded firearm should be viewed as a dangerous weapon.  Extending that thinking to simulated weapons is not much of a leap.

Time to Lawyer Up

Robbery and armed robbery charges could change your life forever.  For a solid defense, schedule a confidential consultation with the Miami state crimes lawyers at The Law Office of Julia Kefalinos today.