The Bankruptcy Statistics No One Talks About 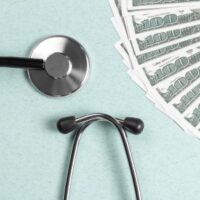 If you are considering filing for bankruptcy, you may  also be plagued with feelings of guilt and shame.  Many individuals feel like failures when they get to this point financially, and worry that the taboo against fiscal breakdown will leave them judged harshly by family and friends.  But perhaps there are some facts about bankruptcy that you haven’t given thought to.

Instead of self-reproach, understanding the factors related to bankruptcy filings in this country can help you to realize that financial disaster is often out of peoples’ hands:

Get the Best Advice Moving Forward

If you find yourself in a financially precarious situation, it may be time to proceed with a filing for bankruptcy.  At the Law Office of Julia Kefalinos, we’re here to help, not to judge. Schedule a confidential consultation with our Miami bankruptcy attorneys in our office today.