Why It’s Wrong To Charge Juveniles In Adult Courts 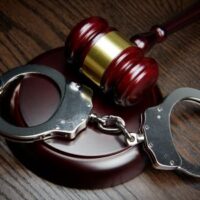 The American criminal justice system has come a long way—although in some ways it seems to be taking a page from the past.  There was a time that everyone was treated exactly the same by the system—regardless of gender, mental illness, or age.  Anyone convicted of a crime was sent to the same place, until the problems with such a system were recognized and changes were slowly undertaken. The early 1800’s finally saw the establishment of the New York House of Refuge for juvenile offenders with a goal to educate and rehabilitate children who’d been convicted of criminal offenses.  Not until 1899, though, was the first juvenile court established. But the level of judicial discretion resulted in uneven treatment for juveniles, and finally in the 1970’s Congress passed the Juvenile and Delinquency Prevention Act in an effort to level the playing field for juveniles across the spectrum.  Even so, more than 10,000 juveniles under the age of 18 are currently serving time along with adults in adult prisons throughout the nation. The call to try children as adults is rising.  But is it the right thing to do? There are many strong arguments against such actions.

What About Children who Commit Violent Crimes?

The news is filled with stories of under-age individuals committing horrendous crimes that shock the conscience.  Why shouldn’t society lock them up and throw away the key?  Opponents of tossing children into the adult system cite a number of factors worth considering:

Fighting for Justice for the Youngest Offenders

Is your child being charged with criminal activity?  Is there a possibility that the case will be moved to adult court?  You should know that at The Law Office of Julia Kefalinos, our Miami juvenile crime attorneys are committed to achieving the best possible results for children involved in the criminal justice system.  There are many options out there—and we will fight on your child’s behalf.  Contact our office to schedule a confidential consultation today.