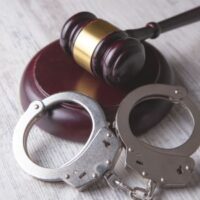 If you are facing criminal charges, the prosecutor’s office may at some point be interested in a plea bargain.  What do you need to know about the process, benefits, and pitfalls of accepting such a deal?  Every offer is different, and the decision should be carefully weighed with the counsel of a trusted criminal defense attorney.

What is a Plea Bargain?

Oftentimes prosecutors and defendants strike a deal wherein the defendant agrees to plead guilty to some of the charges, or to lesser charges, in exchange for the prosecution agreeing to ask for smaller penalties for the defendant.  Defendants may be required to testify against others under such agreements, as well.

What does the Constitution have to Say?

According to the Constitution, every defendant is entitled to, and guaranteed, a trial before a jury of his peers.  There is no mention of plea bargains at the Constitutional Convention or during any of the debates that occurred during ratification.  The discrepancy between this right and what actually happens in the American justice system is stunning:  Fewer than 5 percent of criminal cases ever make it to a courtroom.  Instead, the majority of cases are settled out of court through plea bargains.

Why Would Innocent People Accept Such a Deal?

The fear of being found guilty and being sentenced to years behind bars often motivates even innocent defendants to accept a plea deal, reasoning that a lesser sentence will be more tolerable, despite being completely free of guilt.

Costs and Benefits of Plea Bargains

There are many criticisms of the plea bargain.  Some fear that police misconduct that might be exposed in a trial remains in the shadows as deals are arranged outside of courtrooms. On the other end of the spectrum are those who disdain the idea of guilty criminals having an opportunity to escape the penalties they rightly deserve. And prosecutorial discretion is so wide that sentencing discrepancies are rampant. Sanctions vary widely based on geography, race, and other factors, making outcomes anything but fair and consistent. So why are these bargains so popular?  The benefits to both parties in the bargain are clear:

Do the benefits to the system outweigh the costs to society when it comes to plea bargains?  That is for pundits to debate.  If you are facing criminal charges, you are likely more concerned with the ramifications of such a deal on your life, as you should be.  At The Law Office of Julia Kefalinos, our Miami criminal defense attorneys are adept negotiators and experienced trial lawyers.  Regardless of the direction your case takes, we will be prepared to fight for the best possible outcomes for you.  To discuss your situation, schedule a confidential consultation in our office today.