3 Things You Need to Know About #MeToo and Sex Crimes 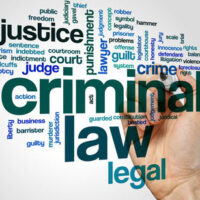 In a previous post, we discussed how the #MeToo movement has led to a renewed focus on the legal issues surrounding sexual harassment. But we should not forget that #MeToo has also led to criminal charges. For example, a New York State grand jury indicted Harvey Weinstein–the disgraced movie producer whose alleged transgressions sparked the #MeToo movement in the first place–on multiple counts of rape.

But as #MeToo moves from the virtual world of social media to the real world of the courts, there are a few things to keep in mind:

A common criticism of #MeToo proponents is they promote the idea that we should always “believe the victim” when it comes to sexual assault or misconduct. From a criminal justice standpoint this is problematic. Our court system is based on the presumption of innocence in criminal cases. And while that does not mean the law presumes a victim is lying–or not telling the full truth–it does mean the burden is on the prosecution to prove a criminal act took place.

Put another way, a person is not legally guilty of rape simply because a critical mass of people on Twitter say they “believe the victim.” A sexual assault trial is not a popularity contest. Ultimately, every criminal defendant has the same constitutional rights, regardless of the nature of the offense.

The Philadelphia Inquirer recently published a report detailing how criminal defense lawyers around the country are responding to #MeToo when representing clients accused of sex crimes. One issue that came up in a number of anecdotes is the concern that potential jurors may be biased by the level of reporting on #MeToo. In other words, can jurors try a case impartially in the face of massive public and political pressure to “hold people accountable” for sex crimes?

In many cases, defense attorneys are now openly asking prospective jurors during voir dire (jury selection) about their knowledge of, and feelings towards, the #MeToo movement. Some lawyers have even gone so far as to argue their clients cannot receive a fair trial at all in the present media climate.

At the end of the day, you may not get a jury that is completely ignorant of #MeToo. But every defendant has the right to be tried by an impartial jury that has not pre-judged the case.

If there is one major takeaway from #MeToo, it’s that individuals charged with sex crimes can never expect a fair trial in the so-called court of public opinion. The press and social media pundits will always rush to judgment based on limited (or no) evidence. This is precisely why the criminal justice system emphasizes due process and evidence over public sentiment.

It is also why you need to take any sexual misconduct allegation seriously. Do not assume that an accusation is a “misunderstanding” that you can fix by making a public apology on Twitter. Given that the public–and especially prosecutors–are focused on punishing sex crimes, you must be ready to defend yourself in court. This starts by working with an experienced Miami criminal defense lawyer who will look out for your interests. Contact the Law Offices of Julia Kefalinos at (305) 676-9545 today if you need immediate assistance.