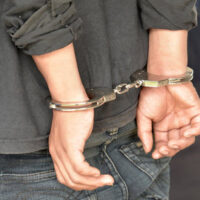 Florida law permits victims of repeated acts of domestic violence to seek a permanent protective order against the perpetrator. There are very specific requirements for such an order, however. The law defines repeat violence to mean “two incidents of violence or stalking” committed against the accuser or their immediate family by the same individual within a six-month period.

Verbal confrontations–and even threats–do not qualify as “incidents of violence” under the repeat violence statute. To illustrate this point, consider this recent decision by the Florida First District Court of Appeals. This case involves a dispute between two men. The petitioner is married to the respondent’s ex-wife. The Court of Appeals described the parties’ relationship as “discordant.”

To be more specific, there were three incidents between the petitioner and respondent that prompted the former to seek a protective order against repeat violence:

A Columbia County judge granted a repeat violence injunction based on these three incidents. But the First District reversed. Of the three reports, the appeals court said only the first qualified as an “incident of violence,” and it occurred outside the six-month window specified by the statute. As for the other two incidents, while they may not reflect well on the respondent’s character, the Court of Appeals said they were not properly classified as violent acts.

Setting aside the question of timeliness, the spitting incident was “violent” because it meets the legal definition of battery, i.e. making unlawful contact with someone. But in the other cases, the defendant simply made threatening or inappropriate remarks. With respect to the petitioner’s daughter, the Court noted there was “no allegation” that the respondent “made physical contact with or threatened any harm” to her.

As for muttering a threat against the petitioner and his family, the Court said this was “insufficient to constitute” a violent act absent some evidence of an “overt act indicating an ability to carry out the threat.” The petitioner argued that “he knew [the respondent] carried a pocket knife,” but there was no evidence the respondent actually had that or any other weapon on him at the time in question.

Ultimately, since the petitioner could not prove the respondent committed two “incidents of violence,” there was no legal grounds for him to receive a protective order against the respondent.

Protecting Your Rights in a Domestic Violence Case

The lesson of this case is not that you should go around threatening people verbally. Rather, it is that even individuals accused of domestic violence have certain due process rights the courts must respect. If you are falsely accused of domestic violence, or any other crime, you need to work with an experienced Miami criminal defense attorney who will fight for your best interests. If you need assistance, call the Law Office of Julia Kefalinos today at 305.676.9545.