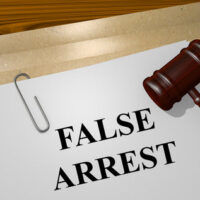 There are multiple reasons why someone might file a false domestic violence report. For example, in the midst of a hotly contested divorce or child custody battle, one parent might think they can gain the “upper hand” by accusing the other of abuse. Or perhaps one partner is an undocumented immigrant and the other uses the threat of a domestic violence accusation to control them.

Whatever the reason, a false domestic charge is a serious matter. Even if no formal court action is ever taken, the falsely accused person’s life can be turned upside down. So the question then becomes, Is there anything the victim of a false accusation can do–legally–to hold the accuser accountable?

A Florida appeals court recently addressed this very question. This case involves a husband and wife. According to the husband, the wife “manufactured evidence and falsely accused him of domestic violence, leading to his arrest and criminal prosecution.” Shortly after his arrest, the husband further alleged the wife “attempted to use” his credit card. When the card was declined, the wife left the husband a voicemail message in which she allegedly attempted to extort him–in effect, she said he should remove any restrictions on the use of the credit card “before she does something he could not fix.”

Ultimately, prosecutors declined to pursue criminal domestic violence charges against the husband. He said this was because the wife made “numerous false statements” to the police. The husband then filed a civil lawsuit against the wife, accusing her of “abuse of process” and “malicious prosecution.”

A trial judge dismissed the husband’s lawsuit. But the Florida Fifth District Court of Appeal reinstated the case. Without deciding the merits, the appeals court held both of the husband’s claims presented viable legal arguments.

With respect to abuse of process, the Court noted that all the law required of the husband at this stage of the litigation was to allege sufficient facts regarding the wife’s “illegal, improper, or perverted” use of a government process that consequently injured him. Here, the plaintiff “references the criminal charges” against him and then “implicitly demanded use of his credit card.” If true, this would constitute not only extortion, but also a clear abuse of process, since the wife would be “using the pending criminal proceedings to gain use of his credit card.”

As for malicious prosecution, the wife argued this charge was invalid because the state never declared her husband “innocent of the criminal charges.” But Florida law requires no such declaration to proceed with a civil malicious prosecution lawsuit. Instead, the threshold issue is whether or not the “prior litigation giving rise to the malicious prosecution suit ended with a ‘bona fide termination’ in that party’s favor.” That is exactly what happened here: The State’s Attorney declined to prosecute “after a review of the merits” of the case.

Get Help from a Florida Domestic Violence Lawyer Today

It may not always be in someone’s interest to pursue a civil lawsuit against their accuser. But it is important to understand there are legal options available to individuals who are falsely accused–and later cleared–of domestic violence charges. If you need assistance or advice from a qualified Miami domestic violence defense attorney, contact the Law Office of Julia Kefalinos today.