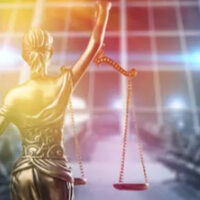 The Constitution protects your right to be free from “unreasonable” searches and seizures by the police. Among other things, this means that a police officer must have reasonable suspicion that some “criminal activity may be afoot” before searching you for a weapon. The officer cannot simply search you for no reason.

The Florida First District Court of Appeal recently addressed an important legal question–namely, can a police officer search you simply because you are carrying a concealed weapon, which in and of itself is not a crime, provided you have a license.

In this case, Kilburn v. State, a sheriff’s deputy was patrolling a motel parking lot when he saw a truck with a “translucent” license plate cover. The deputy decided to speak with the driver of the truck–the defendant–about this. The deputy confirmed that he was not investigating any potential crime at this point; he just wanted to “have a talk” about the license plate cover.

The deputy observed the defendant had a handgun sticking out of his waistband. The deputy then decided to detain and frisk the defendant. When the defendant replied he did not have a concealed weapons license, the deputy placed him under arrest.

No, according to the Florida First District Court of Appeal. Reversing a trial court’s earlier ruling against the defendant, the appeals court said the officer’s actions were unconstitutional. “Bearing arms is not only legal,” the First District observed, “it is also a specifically enumerated right in both the federal and Florida constitutions.” And a “potentially lawful activity cannot be the sole basis for a detention.”

One judge dissented from the First District’s opinion. The dissenting judge pointed out that Florida law only permits concealed carry of firearms. Here, the deputy testified the defendant was “openly” carrying a handgun that was visible sticking out of his waistband. Under these circumstances, the dissent said the deputy’s actions were justified and did not violate the defendant’s constitutional rights.

The lawful ability of individuals to carry firearms remains a hotly contested subject for both politicians and the legal system. But one thing you should know: If you are charged with any criminal offense related to the carrying or use of weapons, you need to act quickly to assert your rights. A qualified Miami criminal defense attorney can provide you with professional guidance and representation throughout all stages of your case. So if you need to speak with a lawyer, contact the Law Office of Julia Kefalinos today at 305.676.9545.