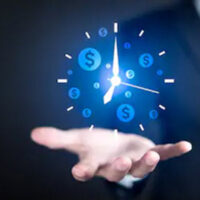 Surely Heather Lynn Pratt never imagined she would be jailed for withholding a few details from her bankruptcy filing.  But after the discovery that she’d concealed over $145,000, she wound up with bigger troubles than she had to start with.  In addition to having to pay $145,386 in restitution, Pratt is looking at up to five years behind bars and $250,000 in fines.  It seems everyone can agree; Pratt made a serious misjudgment when it came to her bankruptcy filing.

Bankruptcy is a process designed to resolve financial obligations that one is unable to pay. Fraud can be the result of actions by debtors, or by creditors and lawyers.  Since 2003, the U.S. Trustee Program (USTE) has been engaged in over 700,000 civil actions, involving nearly $17.3 billion.  This white-collar crime is, indeed, commonly attempted.

Fraud by a debtor involves intentional actions, including:

Fraud by other parties might impact the debtor or creditors, and includes the above actions, in addition to the following:

While it can be difficult to determine the intentions behind a debtor’s actions, there may be clues that give a judge reason for pause:

Each act of fraud in a bankruptcy filing is punishable by:

Getting it Done Right

If you are considering a bankruptcy filing, it is important to have a knowledgeable and aggressive bankruptcy attorney by your side to ensure that things get done right.  Experienced Miami bankruptcy attorney Julia Kefalinos is prepared to guide you through this difficult process, fighting to exact the best possible outcomes for you.  Contact our office for a confidential consultation.