Can Being In Debt Lead To Incarceration? 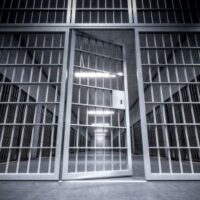 Having bill collectors pounding down your door is exceedingly stressful, to say the least. But could things get even worse?  The unfortunate truth is that yes, excessive debt could actually lead to incarceration in this country.

The History of Debtor’s Prisons

Centuries ago over half of the people in jails in England were there because they had outstanding debt.  Later, with the colonization of America, the English decided that the expense of housing debtors was becoming overwhelming, so many of the prisoners were sent to the new colonies to work as indentured servants. It was a great deal for tobacco and cotton farmers, who needed the laborers and were obliged only to feed and house them.  And England was relieved of the burden of what they considered to be society’s dregs.  While America was only too happy to put England’s debtors to work, when colonists themselves ran into financial troubles, a different solution was devised.  Between the 1600’s and the 1800’s debtor’s prisons were established to house anyone who owed a substantial amount of money to another—around $130 in today’s dollars.  Those places were cruel, uncomfortable institutions, designed to encourage debtors to get their finances in order.  But it was difficult to make money while behind bars, so whatever motivation a debtor might have to make good on his debt was drowned in the impossibility of the task.  It wasn’t until 1983, however, that debtor’s prisons were banned by the U. S. Supreme Court.

If you’re a typical American, you likely have about six grand in credit card debt. That’s no big deal, unless you are in arrears and get sent to a collection agency. At that point, your debt becomes a legal issue that could result in time behind bars.  That’s because the debtor frequently doesn’t even know about the court case and misses the event altogether, meaning the debt collector gets the automatic win. It’s incredibly unfair, but the truth is that roughly two percent of debtors have legal representation in these cases, and the collectors win in over nine out of ten lawsuits.

A post-judgement typically results from this experience, and debtors frequently miss these, as well.  That’s when an arrest warrant may be issued. A debtor then has to deal with additional fees, which only increase if probation and the expensive associated costs are ordered.  To add insult to injury, many debtors find themselves back in jail for parole violations associated with expensive testing they cannot afford.  As they sit behind bars, they lose any chance of earning the money they need to get out of debt, and when they do get out of jail, (oftentimes after a long wait because they cannot afford cash bail) their arrest record follows them to job interviews, where they struggle to find gainful employment.

If there were any questions as to the logic of this system, it seems that looking at the vicious circle play out is a pretty good recommendation against it.  And who do you suppose is most greatly impacted by this convoluted arrangement? It’s the group who has about one-tenth the wealth of their white counterparts: Black Americans.

If you are facing criminal charges simply because you are buried in debt, it may seem as though there is no hope going forward.  But at The Law Office of Julia Kefalinos, we have both knowledgeable bankruptcy attorneys, who can assist in the liquidation of assets and elimination of debt, and experienced Miami criminal defense attorneys, who can attend to any legal consequences you’ve acquired along the way.  There is hope for a better future.  Contact our office for a confidential consultation today.