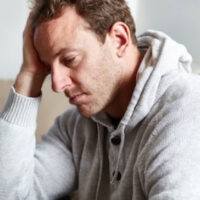 In a recent case heard by the Florida First District Court of Appeal, Sumners v. Thompson, a party raised an interesting–though ultimately rejected–argument regarding the scope of a “dating relationship.” The petitioner and respondent in this case met via Craigslist and began what the First District described as an “on-again-off-again sexual relationship for about four years.” The parties would “pause” having sex “temporarily” when either dated someone else.

The petitioner decided to end the sexual relationship permanently in July 2018. Over the next two weeks, the petitioner alleged the respondent “called her, left unpleasant voice messages, and contacted [her] on social media,” presumably in an effort to “understand the reason for the breakup.” At one point, the respondent showed up at the petitioner’s home “unannounced and refused to leave until she threatened to call the police.”

Nevertheless, the trial court granted the petitioner a one-year domestic violence injunction against the respondent. On appeal, the respondent argued that the petitioner lacked legal standing to file her petition in the first place. His reasoning? They never actually “dated.” That is to say, they only met for the purposes of having sex and never went anywhere “together” as a couple.

The First District did not buy this argument. It noted that Florida law defines a dating relationship as one of a “romantic or intimate nature.” And nothing in that phrasing “requires the parties go out on a date, at least in the traditional sense of a couple going to dinner and a movie.” There need only be evidence of a “continuous, significant, and intimate relationship,” which there was in this case.

That said, the First District still threw out the domestic violence injunction, because it agreed with the respondent the evidence was “too conclusory and vague.” A domestic violence injunction requires proof the victim “had an objectively reasonable fear” of imminent harm. The respondent’s conduct here did not meet that standard, the appeals court concluded. Indeed, the petitioner herself admitted the respondent never threatened or “acted violently toward her.”

A domestic or dating violence injunction has serious consequences for the subject of the order. It is not something a court should issue casually or without properly weighing the evidence. If you are the target of such an injunction and need assistance from a qualified Miami domestic violence defense attorney, contact the Law Office of Julia Kefalinos today.