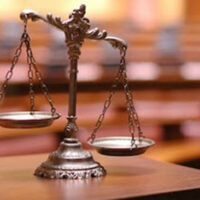 You probably know that Florida has strong laws against domestic violence. But the law also covers cases of “dating violence.” This refers to “violence between individuals who have or have had a continuing and significant relationship of a romantic or intimate nature.” Generally speaking, a party may seek an injunction for dating violence up until six months after the dating relationship ended.

A court may only issue a dating violence injunction, however, if the person seeking protection can show they have “reasonable cause to believe he or she is in imminent danger of becoming the victim of another act of dating violence.” In other words, an injunction is only justified when there is good cause to believe future violence will actually occur. The mere fact that the parties had a nasty or acrimonious breakup is not, in and of itself, sufficient to justify an injunction.

A recent decision from the Florida Second District Court of Appeals, Stefano v. Long, helps to illustrate this point. The petitioner and the respondent in this case were previously in a dating relationship. After the relationship ended, the petitioner sought a dating violence injunction. She alleged that during an incident in March 2018, the respondent “yanked her arm with enough force that she had been thrown across the bedroom.” A few months later, the petitioner said that after a fight with the respondent, she drove away and he proceeded to give “chase on foot, screaming obscenities at her.”

The petitioner further testified she believed the respondent “has serious anger issues” and a “long and documented history of violence towards women.”

In his own testimony, the respondent largely admitted to the facts of the two specific incidents described above. With respect to the second incident, he added that occurred after their breakup and that it was the petitioner who “sped away after angrily confronting him and one of his minor children.” He further maintained that he only chased after the petitioner “to admonish her for speeding because there were children in the neighborhood.”

Although a trial court granted the petitioner’s request for a dating violence injunction, the Second District reversed due to insufficient evidence. More precisely, the appeals court said the petitioner could not establish she was “in imminent danger of becoming the victim of another act of dating violence.” At no point did the petitioner accuse the respondent of stalking, harassing, or threatening her after their breakup. And despite the petitioner’s claims that the respondent had a history of violence against women, these allegations were “both vague and wholly unsupported by any evidence.”

The Second District also noted that the proceedings before the trial court indicated that both parties “had difficulty controlling their tempers.” And while it was clear that “the parties need to stay away from each other,” that did not justify issuing an injunction.

Most of us have been through a bad or difficult breakup. But there is a big difference between having an angry post-breakup argument and the type of conduct that would justify a court order. If you have been improperly accused of dating or domestic violence and need assistance from an experienced Miami domestic violence defense attorney, contact the Law Office of Julia Kefalinos today.