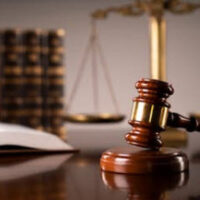 “But I’m your son!”  Those were the words that finally caused an angry father to relent.  He’d locked the 21-year-old in a chokehold, strangling him. The Coral Springs victim’s offense that had led to such an angry response?  He’d been participating in a Zoom class with the volume up too loud.

The Rest of the Story

Richard Steven Cunningham, the accused, purportedly grabbed a chair and smashed it into a glass table, shattering it to pieces.  He then tried to ground his thumbs into his son’s eyes, finally wrestling him into a chokehold. The younger man gasped and pleaded, finally convincing his father to let him go.  Fortunately, the younger Cunningham had pictures and audio confirming his version of events, and his father was arrested on charges of domestic battery by strangulation. A bond of $10,000 was set, and the elder was ordered to undergo a psychiatric evaluation.

As the previous episode indicates, domestic violence (DM) is not necessarily exclusive to married or intimate couples.  In fact, four in ten victims of domestic violence are actually men.  Women do fall victim to violent behaviors involving an intimate partner with alarming frequency:  one out of four women will find themselves in a violent encounter during their lives.  More than two-thirds of those women will ultimately experience strangulation. Regardless of who is perpetrating the violence and who is the victim, domestic violence is always an expression of control and power.

While any violence is alarming, strangulation is of particular concern because studies show that it generally leads to more dangerous episodes of violence, including homicide.  So what actually constitutes strangulation? Unlike choking, which involves a blockage located in the throat, strangulation always involves external pressure, whether with bare hands, a rope, a scarf, or a similar item.  Victims often experience nausea, lightheadedness, and a loss of bodily functions as they gasp for air.  Oftentimes they lose consciousness altogether. If they survive the attack, observers may notice bruising on the throat, swollen lips, and blood splotched eyes. Victims may struggle to breathe and speak, may have a ringing sensation in the ears, and may experience vision problems. Serious issues such as brain damage may occur, leaving one with chronic headaches, memory loss, physical weakness, and dizziness. What no one will be able to see are the psychosomatic symptoms: PTSD, depression, nightmares, psychosis, anxiety, and suicidal ideations.  Of course, the ultimate price victims pay is the loss of their very lives.

If you, like the younger Cunningham, experience violence from someone who purportedly loves you, you do not have to keep taking it.  If the viciousness includes strangulation, you may, in fact, be headed for more intense episodes if you don’t get out now.  At The Law Office of Julia Kefalinos, our Miami domestic violence attorneys can help.  We can file criminal charges and obtain a protective order, for starters.  Contact us for a confidential consultation