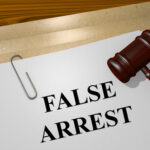 There are multiple reasons why someone might file a false domestic violence report. For example, in the midst of a hotly contested divorce or child custody battle, one parent might think they can gain the “upper hand” by accusing the other of abuse. Or perhaps one partner is an undocumented immigrant and the other… Read More »