The Impact of Florida’s Statute of Limitations on Your Creditors 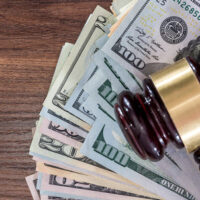 If you have a stack of unpaid bills, you may think that bankruptcy is your only legal option for getting out of debt. This is not always the case. Depending on how old your debts are, they may actually no longer be enforceable under Florida law.

Court: Creditors Did Not Violate Federal Law by Filing Claim on Time-Barred Debts

Federal law–specifically, the Fair Debt Collection Practices Act (FDCPA)–also forbids a creditor from making “false, deceptive, or misleading representation” in connection with a debt. Let’s say a creditor sends you a letter claiming you still have an enforceable. If you know the statute of limitations has expired, you may have a claim for damages under the FDCPA.

But what if you have filed for bankruptcy and a creditor presents an expired claim? Is that considered an FDCPA violation? Based on a 2017 ruling from the U.S. Supreme Court, the answer is generally “no.”

The U.S. 11th Circuit Court of Appeals, which has jurisdiction over bankruptcy cases from Florida, recently elaborated on this rule. The case before the 11th Circuit, In re Somohano, involved a Florida debtor who filed for Chapter 13 bankruptcy. During the bankruptcy proceedings, the debtor’s creditors filed proofs of claim related to unsecured credit card debts. The debtor challenged these claims, pointing out they had already expired and were “fraudulent” under the FDCPA.

Both the bankruptcy court and the 11th Circuit rejected this argument. Although the 11th Circuit previously allowed this type of claim, the Supreme Court changed the rules in its 2017 decision. Under current binding precedent, so long as a creditor discloses that the statute of limitations has expired on a debt, the mere fact it filed a proof of claim with the bankruptcy court does not violate the FDCPA.

Need Help with Your Debts? Speak to a Florida Bankruptcy Lawyer Today

You might wonder why a creditor would file a claim knowing that is now barred by Florida’s statute of limitations. As the 11th Circuit pointed out, the statute of limitations “extinguishes the remedy” but not the “right to payment of a debt.” In other words, a debt continues to exist even after Florida’s five-year time limit expires, and your inability to repay can still be cited against you on your credit report. Debt collectors may also continue to contact you regarding the debt.

Bankruptcy, in fact, is one way to completely stop all creditor action and discharge an outstanding debt. If you would like to learn more about this process from an experienced Miami Chapter 13 bankruptcy attorney, contact the Law Office of Julia Kefalinos today at 305-676-9545 today to schedule a free initial consultation.