What Is Considered a “Fraudulent Transfer” in a Florida Bankruptcy Case? 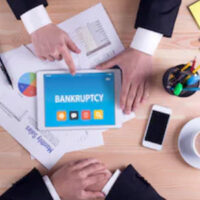 Let’s say you are thinking about filing for bankruptcy, but you are afraid of losing certain assets, such as a car or boat. You might think, “What would happen if I simply gave away the asset to a friend just before I declared bankruptcy?” Then, when your bankruptcy was completed, your friend gave the asset back to you.

If you suspect this isn’t legal, you are right. In bankruptcy law this is known as a “fraudulent transfer.” The Bankruptcy Code actually contains specific language to deal with this type of scenario. Basically, the trustee appointed by the bankruptcy court will look back at any property you sold or disposed of over the previous two years. And if any of these transactions look fishy, the trustee can ask the court to “unwind” the transfer and recover the property in question.

Note that a fraudulent transfer does not necessarily mean you intended to cheat your creditors. A trustee may also seek to unwind a transfer of property that is below market value–i.e., you sell a car worth $10,000 for $1,000—or for which you, as the debtor, did not receive anything of value in return. Ultimately, the trustee’s objective is to recover as much property as possible to pay off your creditors.

Judge: Failing Business Owner’s Attendance at UM Was Not Fraudulent

Of course, just because a trustee claims there was a fraudulent transfer, the judge may not agree. Take this recent Miami bankruptcy case. This is a Chapter 7 proceeding involving a business that was owned by a single individual. The debtor in this case operated surgical centers.

After initially filing for reorganization under Chapter 11, the debtor’s main creditor had the case converted to a Chapter 7 liquidation. The court-appointed trustee found the debtor’s business had been “hopelessly insolvent” since 2015. Despite this, the debtor decided to pay for three of its executives, including the owner himself, to attend the University of Miami’s (UM) MBA program for healthcare executives. The owner claimed his lack of “specialized business training” contributed to the failures of his business and that attending UM would help him in that regard.

The trustee, however, saw this as a fraudulent transfer. She asked the bankruptcy court to order UM to refund approximately $69,000 in tuition payments made by the debtor back to the bankruptcy estate. UM opposed the motion, arguing the debtor did, in fact, receive value from the training it provided.

The bankruptcy court largely ruled in UM’s favor. While the judge found that the tuition payments made on behalf of the two other executives–which came to about $15,000–were fraudulent, the roughly $55,000 spent on the owner’s training was not. With respect to the owner, UM presented evidence that its training helped the owner to make changes to his billing and collection practices, which in turn “markedly reduced the average collection time on accounts receivable in the year preceding the Debtor’s bankruptcy filing.” This qualified as sufficient “value in return” for the tuition payments.

Conversely, the other two executives never “completed any courses” at UM. The school could therefore not establish the debtor–i.e., the business–received anything of value in return for their tuition payments. UM therefore had to return that tuition money to the trustee.

If you are even contemplating bankruptcy, you need to be careful in how you spend your money or dispose of any current assets, as that may be misconstrued by a trustee or judge as an attempt at making a fraudulent transfer. If you need advice or assistance from a qualified Miami Chapter 7 bankruptcy attorney, call the Law Office of Julia Kefalinos today at 305.676.9545 to schedule a consultation. Our office remains open for consultations during the COVID-19 emergency and we can meet with you in-person, or via Skype, FaceTime, WhatsApp and other such video conferencing means while following all safety precautions recommended by the CDC.