Can I Get Rid of a Tax Debt in Bankruptcy If I’m Unable to Negotiate a Settlement with the IRS? 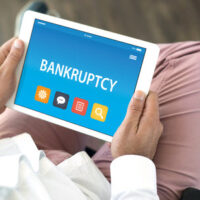 The Bankruptcy Code also forbids the discharge of income tax debt when the debtor has “willfully attempted in any manner to avoid or defeat such tax.” Now, this does not mean that a debtor cannot attempt to negotiate a pre-bankruptcy settlement with the IRS to resolve a tax debt. Merely entering into negotiations–even if they are unsuccessful–is not necessarily an attempt to “evade or defeat” a tax debt.

On the other hand, if the bankruptcy judge decides you entered into negotiations in bad faith, then you might be in trouble. A recent decision from the U.S. 11th Circuit Court of Appeals, In Re Feshbach, provides an example of how not to deal with the IRS when trying to get an income tax debt discharged in bankruptcy.

The debtors in this case are a married couple. The debtors previously ran a hedge fund. By employing a specific strategy of short selling stocks, the debtors managed to “delay the recognition” of their taxable income for many years, according to court records.

Eventually, the debtors sold their investments and incurred a final tax liability in 1999 of nearly $2 million. The debtors filed a tax return but never paid the taxes due. In 2001, they approached the IRS with an “offer-in-compromise” to settle their tax bill for $1 million.

When the IRS assesses an offer-in-compromise, it considers the income and “reasonable” expenses of a debtor to ensure they can actually meet the terms of the proposed settlement. In this case, the IRS determined the debtors’ offer was a “nonstarter” because while they continued to enjoy a high income, they were living “way over their allowable expenses.”

The debtors withdrew their offer. Over the next several years, the debtors and the IRS continued to negotiate various temporary agreements. During this time the debtors continued to spend an enormous amount of money on personal expenses, which they claimed was necessary to support their hedge fund business. After defaulting on an IRS payment plan, the debtors filed for Chapter 7 bankruptcy in 2011.

The IRS opposed discharge of the outstanding tax debt, arguing the debtors had “willfully attempted to evade and defeat liability.” The bankruptcy court, and later the 11th Circuit, agreed with the IRS. As the appellate court explained, the basic issue here was that “while spending lavishly on personal luxuries instead of paying their taxes, the [debtors] used the offer-in-compromise process to delay collection.” This was sufficient proof that they “acted willfully” as opposed to engaging in a good-faith negotiation process.

This was an unusual case that involved what the 11th Circuit described as “sophisticated” investors who understood the intricacies of IRS regulations. Most people who fall behind on their taxes are simply honest debtors that are unable to pay, often through no fault of their own. For these individuals, the bankruptcy process can offer a fresh start, provided they do not attempt to engage in dishonest or fraudulent behavior.

If you are unable to pay your taxes or other debts and need legal advice from an experienced Miami Chapter 7 bankruptcy attorney, contact the Law Office of Julia Kefalinos today at 306-676-9545 to schedule a free consultation.