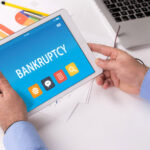 In a Chapter 7 bankruptcy case, it is critical to disclose all of your assets to the court. This includes any potential legal claims you may have against other parties. For example, if you were in a car accident and sued the other driver for negligence prior to your bankruptcy filing, your personal injury… Read More » 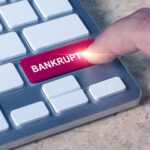 In a Chapter 13 bankruptcy, a debtor submits a payment plan to the court. This plan ensures the debtor’s disposable income is used to pay back his or creditors as much as possible. But what if circumstances change and the debtor no longer has sufficient income to fulfill the payment plan? In such cases… Read More »

Can My Mortgage Lender Continue to Harass Me After Bankruptcy?

Bankruptcy is designed to provide a “fresh start” to Florida residents who are drowning in debt. After completing the Chapter 7 bankruptcy process, for example, the court typically issues a discharge that prevents a person’s creditors from taking any further efforts to collect an outstanding debt. But some creditors may ignore or otherwise attempt… Read More »

How Much Property Can I Keep If I File for Bankruptcy in Florida?

Many people worry that filing for bankruptcy will leave them with nothing. In fact, the purpose of bankruptcy is to protect people from losing everything. In a Chapter 7 bankruptcy case, for example, an individual debtor is entitled to keep a certain amount of property away from their creditors, both during and after the… Read More »

What To Do If You Can’t Pay Your Bills

The economy has improved since the start of the 2008 recession, but that does not mean it’s back to normal for everyone. As recent studies show, many South Floridians have still been left behind. A recent report shows that, although Florida’s wealthiest 1% saw a 40% increase, everyone else’s income dropped by 7%. Further,… Read More »

Almost 50% of Florida Families Near Bankruptcy Despite Employment

In the wake of the “Great Recession,” many Florida families still face financial difficulty. A recent report published by the United Way demonstrates how many more hardworking families are at risk of financial failure than you might expect. Although it can be difficult to face, filing for bankruptcy can have a positive long-term effect… Read More »